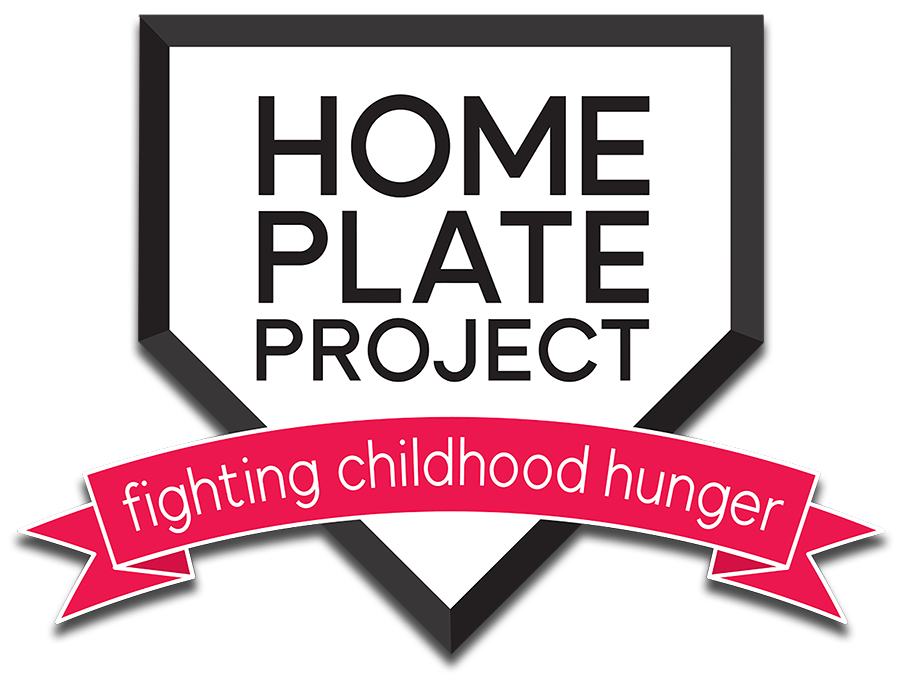 
Currently in the U.S., 1 in 6 children may not know where their next meal is coming from.

As child hunger is a growing problem in our country, players from all 30 Major League Baseball teams are stepping up to the plate.

Today, we're announcing a partnership with MLB and Big League Impact - the Home Plate Project. This groundbreaking initiative, featuring superstars like Adam Wainwright, Clayton Kershaw, Jacob deGrom and Josh Bell, will work with local organizations across all MLB cities to distribute food and non-perishables to children in need.

The Home Plate Project is expected to reach more than 25,000 children and provide more than 3.6 million meals.


“The collaboration between our foundation, Big League Impact, and Garth’s foundation, Teammates for Kids, all came together during spring training this year,” said Wainwright, Big League Impact’s founder. “Garth loves helping kids, and I care deeply about providing the basic essential needs that are so important to everyday living, such as food, water and shelter, which many of us often take for granted. It has been a tremendous blessing for me to see so many players,–who compete against each other every day–unite together to help children across the country, in every major league city, who are in need.”

The Home Plate Project includes a $900,000 commitment, with $300,000 coming directly from MLB players, to help local organizations provide meals to children in need. Player partners will work closely with organizations in their communities to coordinate efforts.

Like Wainwright, Garth Brooks has a passion for mixing baseball and charity. In 1998, Brooks reported to spring training with the San Diego Padres to raise awareness for charity, and in 1999 he founded Teammates For Kids. On behalf of the organization, he has since participated in Spring Training with the Mets, Royals and Pirates.

“Teammates for Kids started with 67 baseball players 20 years ago, and as we look forward, we are excited to launch this project with ballplayers from every MLB team to help fight childhood hunger,” Brooks said. “The Home Plate Project is special for Teammates for Kids because it incorporates our founding principles of teaming up with athletes who have a passion for helping kids, such as Adam Wainwright and Kyle Gibson who help kids around the world through Big League Impact. The beauty of it all, 100% of the money that is getting donated to this effort will feed children in local communities.”

When Wainwright and his brother Trey launched Big League Impact in 2013, they did so to prove that the platform of sports can fight local and global poverty. The Home Plate Project marks a milestone achievement in our mission of helping those in need.

Gibson — who joined Big League Impact’s board this year, and currently serves as its Vice President — helped Wainwright recruit players around the league and has been instrumental to our growth.

“It’s an exciting moment for the baseball community and fans as we launch this partnership to address food insecurity for kids all across the country,” Gibson said. “It’s a really encouraging feeling to know that this is the start of something that will create meaningful impact for many years to come.”

Here is the complete Home Plate Project roster, and how they will work in their local organizations.
(This list will be updated as players continue to finalize their projects)

Arizona Diamondbacks – Nick Ahmed & Luke Weaver
Week-long activity with volunteers, players and D-backs employees delivering food boxes to very low-income families in downtown Phoenix area, families without transportation to even get to a food bank. The charity partner is Society of St. Vincent de Paul and the D-backs will be dispatching volunteers from their food pantry locations to ensure children have healthy foods as they start the school year in Arizona.

Baltimore Orioles – Trey Mancini & Chris Davis
Partnering with the Maryland Food Bank and their HEART Markets – farmers market-style events that take place in schools with high food-insecure populations, or are located in food deserts. Orioles players and staff will interact with students and their families as they shop the healthy produce and non-perishable staples, and will join a Food Bank registered dietitian in helping conduct a child-focused nutrition activity for students.

Chicago Cubs – Steve Cishek & Daniel Descalso
Chicago Cubs Game Day Associates will pack more than 1,500 backpacks with food in partnership with Blessings in a Backpack for kids who go hungry over the weekends on August 22 just outside Wrigley Field at Gallagher Way. Funding will also be provided to support additional students at Chicago schools throughout the school year.

Cleveland Indians – Jason Kipnis
The Indians will partner with the Greater Cleveland Food Bank as part of their Strike Out Hunger Campaign that is taking place August 23-25 at Progressive Field.

Kansas City Royals – Ian Kennedy & Hunter Dozier
Royals Charities will support the food pantry at the Bishop Sullivan Center, which has two locations in Kansas City, Mo., to feed families throughout the year. The funding will provide healthy items not normally able to be provided in the pantry including baby food, produce, dairy products and meat. Such items (worth an estimated $40) will be distributed to families in need throughout the year. Royals P Ian Kennedy will be on hand to help bag groceries and distribute to children and families on August 27. Later that day, Royals Volunteers will help serve a meal at the One City Café, the center’s new kitchen serving adults and kids hot, nutritious dinners throughout the week.

Los Angeles Angels – Andrew Heaney & Tyler Skaggs Baseball Foundation
Partnering with Second Harvest Food Bank‘s Mobile Pantry to come out to Angel Stadium on August 6 for the annual Back to School Clothing Drive. In addition to the full outfit of clothes, ballpark activities and lunch, local youth will also be taking home fresh produce and grocery items to share with their families.

Miami Marlins – Martin Prado
In an effort to help alleviate child hunger through the provision of food to children and their families, the Miami Marlins Foundation and Feeding South Florida are partnering to create the Miami Marlins Home Plate Meals Food Pantry. The Marlins will build a dry food pantry at a neighborhood Title I school and augment once a month during the school year with a farmer’s market distribution. Martin Prado will join in the physical construction of the food pantry at the school and the mobile food distribution.

Minnesota Twins – Kyle Gibson & Martín Pérez
The Twins will be working to support the “Every child. Every meal.™” vision of The Sheridan Story, a Twin Cities-based nonprofit that works to combat hunger by filling the gaps to food access that children face on the weekends and in summers. Once school is in session, the Twins will coordinate a distribution of backpacks filled with food, that kids can take home with them at the end of the school week. Additionally, Twins players will join front office personnel and team mascot T.C. to volunteer in The Sheridan Story’s Community Garden.

Oakland Athletics – Stephen Piscotty & Liam Hendriks
In partnership with the Alameda County Community Food Bank, the A’s will facilitate a mobile food pantry distribution at Oakland International High School on August 19 with A’s staff and uniformed personnel. Earlier in the day, A’s staff will assist in preparing the food for mobile food pantry distribution at the food bank warehouse.

Philadelphia Phillies – J.T. Realmuto & Aaron Nola
The Phillies are partnering with Philabundance, the area’s largest hunger relief organization, to provide access to nutritious food in low-income areas for children and their families. Aaron Nola and J.T. Realmuto are also supporting efforts with a financial contribution. In addition, the club will launch efforts by hosting a local event tying into Philabundance’s Kid’s LunchBox program, where lunch boxes will be distributed at a targeted site.

San Diego Padres – Austin Hedges & Ian Kinsler
The Padres will launch a weekend backpack program on Aug. 13 in partnership with the Boys & Girls Clubs of Greater San Diego, where 75 youth will receive a backpack full of food each Friday for the entire school year with staples to get them through the weekend, in addition to special holiday meals provided throughout the year.

Seattle Mariners – Marco Gonzales & Sam Tuivailala
Led by player ambassador Marco Gonzales, the Mariners will serve lunches to low income families in the Seattle area in partnership with Northwest Harvest and Hunger Intervention Program on August 27 and support the program with a financial contribution. The funding will support nearly 2,500 meals for Seattle-area children.

St. Louis Cardinals – Andrew Miller & Adam Wainwright
Adam Wainwright and Andrew Miller are teaming up to help Crisis Aid International and their Confluence Academy/Supplemental Food Program. The funding will support a local Title I charter school and provide supplemental food for three months to 200 families, serving nearly 1,000 individuals. The players will take part in a pregame ceremony on September 4 to promote the work of Crisis Aid and a distribution food event will take place with the families later that week.

Tampa Bay Rays – Tommy Pham & Charlie Morton
The Rays will support the launch of the new school pantry program at Campbell Park Elementary (St. Petersburg), in partnership with Feeding Tampa Bay. The program will serve 655 students for the school year, and Pham and Morton will take part in a presentation to the nonprofit at the Red Sox vs. Rays game on September 21.

Washington Nationals – Brian Dozier & Yan Gomes
The Nationals Youth Baseball Academy (YBA) will be able to provide fresh, locally sourced produce to more than 100 families in one of D.C.s most underserved communities. In partnership with 4P Foods (an organization that sources vegetables and fruits from environmentally responsible family farmers in the Washington D.C. area), the YBA will distribute perishables to children and families in need on August 21 and include recipes and tips for preparation. Scholar Athletes and parents will also provide cooking demonstrations to generate excitement about the incorporation of healthful ingredients in family meals. 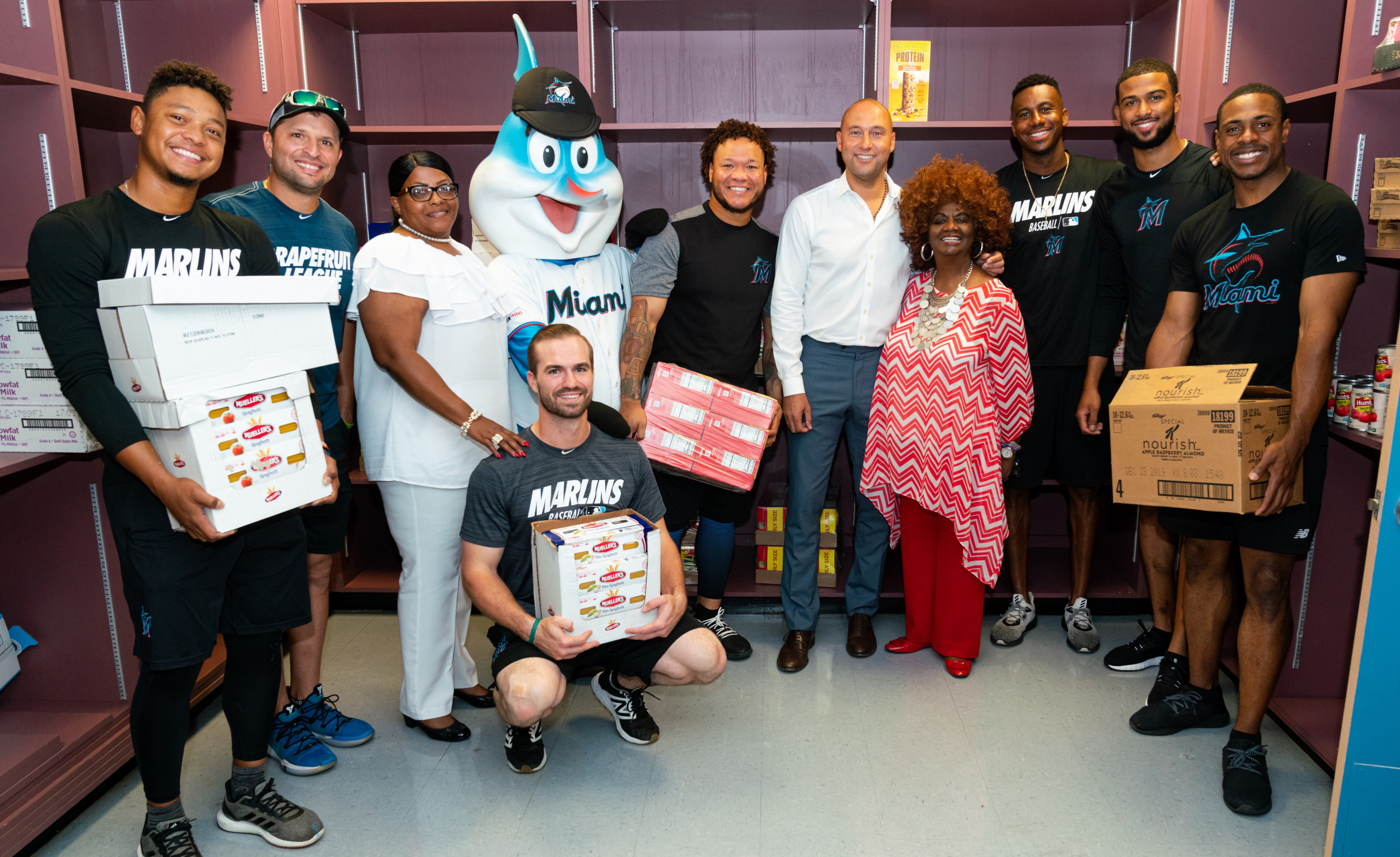 “Major League Baseball is proud to support our Clubs and Players in addressing this serious issue affecting millions of children,” Melanie LeGrande, MLB’s Vice President of Social Responsibility, said in a press release. “The Home Plate Project is a collaborative effort that will serve as a powerful demonstration of the baseball community standing together in support of children who are in need.”